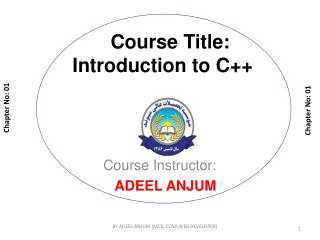 Structure of a Legal Opinion - . parts of the opinion. title and heading introduction brief summary of decision

APA Formatting: An Introduction - . sonya c. brown, presenter a writing across the curriculum workshop sponsored by a

TITLE I PROGRAM DIRECTORS TRAINING - . developed by the office of student achievement and accountability, in

Bio 9B: Friday, 3.19.10 Title: Introduction to Genetic Inheritance and Variation - . homework: give me your notebooks at