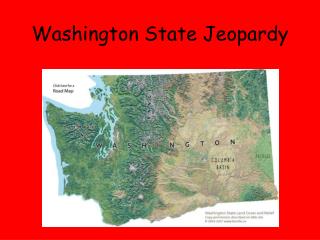 Washington State Jeopardy. Rules. Answers MUST be in the form of a question Team with the highest point total selects the question Teams MUST raise their hands to answer a question The team with the most points at the end of the game wins If you don’t know an answer, check the book. Double Jeopardy - . choose a category. you will be given the answer. you must give the correct question. click to begin.

Final Jeopardy - . this economic stimulus program initiated by fdr between 1933 and 1938 had the goal of giving work to