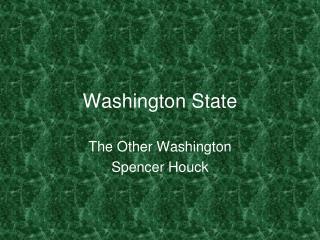 Washington State. The Other Washington Spencer Houck. Common Misconception. There are two places in the United States named after our first president: George Washington Washington D.C. (District of Columbia) Our Capital Washington State, where I live!. Statistics. Population: 6,664,195 The State of Washington - . by: ivan m chorn. the state of washington is located in the northwest corner of the united

Center for Civic Design and IWG What does AVR mean for local elections offices - . whitney quesenbery center for civic