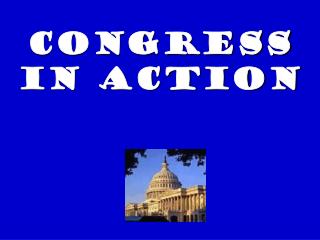 Congress in Action. “It is very easy to defeat a bill in Congress. It is much more difficult to pass one.” John F. Kennedy 1962. Convenes. To convene = begin a new term Happens every 2 years January 3 of odd numbered years Follows the general election in the previous November.

Prepared for the Congress of Aboriginal Peoples By Alexandre Clément and - Engagement with first nations, métis, and

Congress - . i. why congress was created. during the constitutional convention, there were two schools of thought

Unit V Notes The Legislative Branch - . why is congress called the “world’s most exclusive club”?. there are only

A Return To Peace - . the congress of vienna. the principles of the congress. balance of power and legitimacy. reaction,

Chapter 11: Powers of Congress - . delegated powers. there are three types of powers granted by the constitution. article