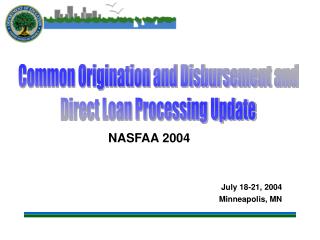 An Introduction to US Student Loans - . presented by: erich mcelroy. agenda. terms and players the life of a direct loan

Chapters 2-3 - . input/output with file and directory processing. objectives (1 of 2). upon completion of this chapter