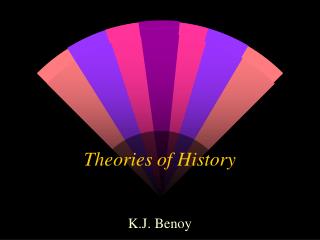 Theories of History. K.J. Benoy. Schools of Thought. Historians (and non-historians) seek to make sense of the past. They look for patterns. They seek truths. What they find shapes their conclusions.

A History of Management Thought - . stuart a. umpleby the george washington university washington, dc. on theories. in

The History of Atomic Theory - . mr nelson. democritus. 400 bc. the greek philosopher democritus began the search for a

Evolution Theory History and Problems, Examples of Bias and Fraud in the Theory - . historical science 01159.

The History of Language and Ethnolinguistic Theories/Hypotheses - . katie agnos chapter 6. language formation . the

Imitationalsim Emotionalism Formalism - Theories of art what is the purpose of art? art historians have looked at the

History and systems of psychology - . introduction. “psychology is a very old science…” titchener, a primer of

Early Biological Theories (1 of 2) - . ▪ early history of criminology many early criminologists were physicians ▪