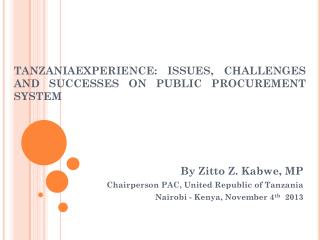 Introduction Module 2: THE ENERGY SECTOR IN AFRICA - . module overview. african power sector is broad , based on the

Evidence-Informed Health Policymaking - . what is evidence? what is the role of research evidence in informing health

Culture in the DoD : Concepts, Initiatives &amp; Applications - . briefing to the ilr plenary 20 may 2011 dr.