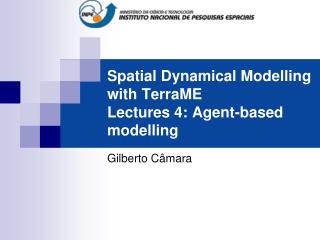 Marvin - A Conversational Agent Based Interface for the Study of Information Sciences - . n ives mikelic preradovic ,

Spatial Data What is special about Spatial Data? - . what is needed for spatial analysis?. location information—a map

Temporal and Spatial Locality: A Time and a Place for Everything - . rick bunt university of saskatchewan carey