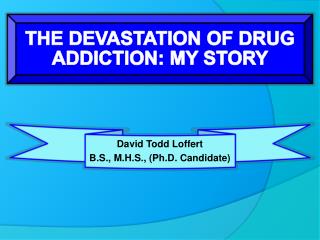 Addiction is a primary, chronic, neurobiologic disease with genetic, psychosocial, and environmental factors influencing its development and manifestations. Addiction is characterized by behaviors that include one or more of the following: • Impaired control over drug use • Compulsive use SOBRIETY - . 1 corinthians 15:33-34. sobriety. god commands us to be sober greek words for sober, soberly and

Sobriety Test - . what does it do?. the point of the app is to see how well the user can walk in a straight line while

Communicating in Sobriety - . a treatment goal. one of the hopeful outcomes of treatment is that we learn to identify our

TO SOBRIETY AND BEYOND! - . helping clients shift from a “what not to do”, to a “living life fully” focus. brian

living life of sobriety - Many people believe that the meaning of sobriety is the absence of alcohol intoxication.

The Rocky Start Of Sobriety Checkpoints - Iet1being made up of over 70% water, our bodies need replenishing on a daily