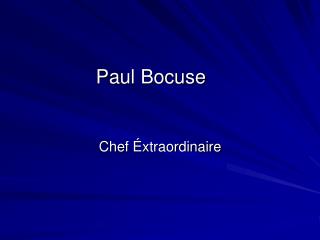 Paul Bocuse . Chef Éxtraordinaire. History. Born February 11, 1926 Son of Irma and Georges Bocuse Nickname is “Lion of Lyon” Prepared his first meal at the age of ten. Learning as he goes.

Join India's Best French Classes - With british english academy, you get an environment where you can practice and learn 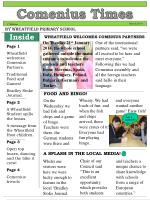 Immigration and Tolerance ( 3ème 4, for RREV COMENIUS ) - . the story of e lisa and her italian great grandfather. i am

Chef Marinka - . marinka is one of the judges of master chef indonesia at rcti , one of many indonesian distinctive tv

Writing Copy - . copy more important than ever. ethos: a personal character which itself functions as a means of