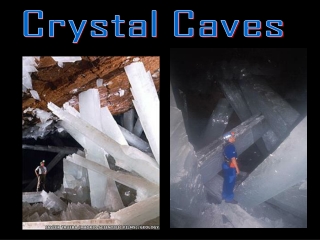 Crystal Caves - . by kidd decker. back ground . crystal caves is one of the biggest natural attractions in the world and