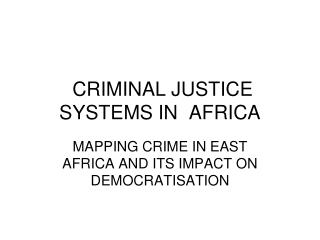 Jobs and Crime - . a theme for this course. us and ca criminal justice systems will be case studies, but are there larger