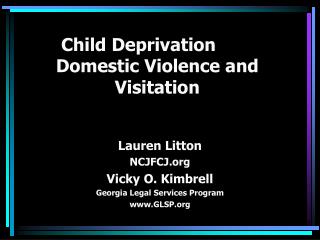 What to Know About Child Custody in Divorce Cases in Singapore - If you are filing for the divorce in singapore, then

Parental Alienation - . syndrome or symptom by reginald hirsch. introduction. 1. “ i know it when i see it.” 2. what

The Health Status of Children and Young People Who Come into Care - . royal new zealand college of general practitioners.

Sue Hubert , Domestic Violence Unit Massachusetts Department of Children and Families - What is a safety organized,