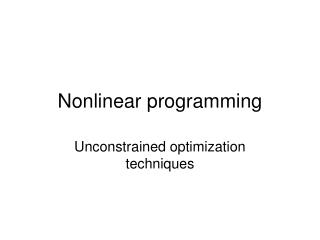 FET Biasing - . introduction. for the jfet, the relationship between input and output quantities is nonlinear due to the

On the Trend, Detrend and the Variability of Nonlinear and Nonstationary Time Series - . a new application of hht.