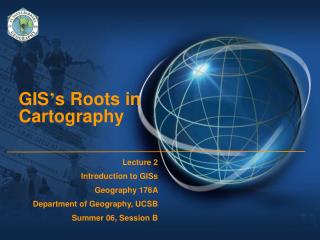 GIS ’ s Roots in Cartography. Lecture 2 Introduction to GISs Geography 176A Department of Geography, UCSB Summer 06, Session B. Information can be organized as lists, numbers, tables, text, pictures, maps, or indexes. Clusters of information called data can be stored together as a database. Plants: Roots, Stems, Leaves - . students will be able to describe the aspects of roots, stems, and leaves and their

Basic Tree Care - . kris thomas city of dalton certified arborist isa so-5760a. a tree is…. a tree is the sum of it’s

Theories &amp; Models in Outdoor Education - . ened 5165. sometimes a tree grows too fast. it grows ahead of its