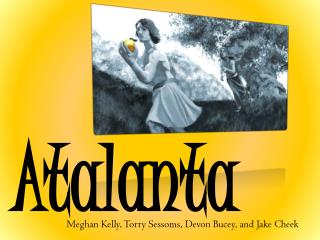 Aim: How do we write a DBQ Essay on the Industrial Revolution? - . do now: copy the “how to’s for dbqs” into your

The Myths of Hercules and Atalanta - . hercules. background. greatest hero of greece helped the gods conquer the giants

My experience with Turnitin

Monsanto/BP/Celanese Acetic Acid Process - . the reaction is independent of co pressure first order in both rhodium and

Who is it? - . identify these greek mythology characters. who/what is it?. 1. cerberus minotaur chimera hydra. who/what

Atalanta - . carly, michael,jackson , jade, ariel. infancy. born as the daughter of iasus he wanted a son; therefore she