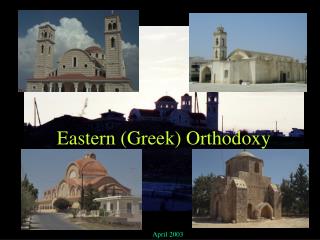 Serbian Orthodox Church - . the serbian orthodox church or the church of serbia is one of the autocephalous orthodox

FASTING IN THE ORTHODOX CHURCH

Eastern Orthodox Civilization - . the byzantine empire to 1453 and russia to 1600. eastern orthodox civilization.

Greek Orthodox Vestments - . sticharion. also known as a robe similar to alb worn by clergy and acolytes derived from