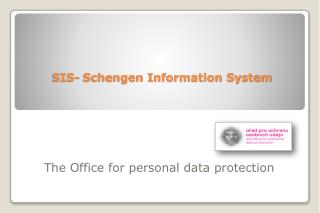 PROJECT MANAGEMENT INFORMATION SYSTEM (PMIS) - . pmis. pmis is a framework and methodology through which the entire

The System Development Life Cycle - . what is an information system (is) ?. hardware, software, data, people, and

Environmental Information System for Uzbekistan - . legislation . monitoring of the environmental state. goskomprirod i