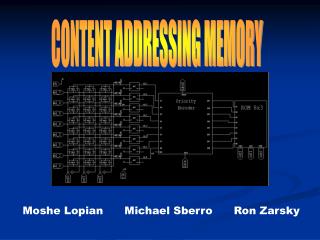 Memory interface - Memory is a device to store data to interfacing with memories, there must be: address bus, data bus

Secure Coding in C and C++ Dynamic Memory Management - . lecture 5 acknowledgement: these slides are based on author