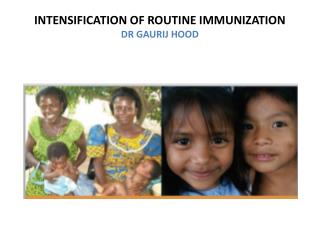 INTENSIFICATION OF ROUTINE IMMUNIZATION DR GAURIJ HOOD. INTRODUCTION. Immunization Programme in India was introduced in 1978 as Expanded Programme of Immunization (EPI ) The programme gained momentum in 1985 and was expanded as Universal

Microplanning for Routine Immunization - . what is a micro plan?. helps you identify what needs to be provided who will

The Easy See Hood - . allison b. age:12 virginia. think it. i got the idea for my invention when my dad told me how he

Flash Mob Dance Routine Assignment #2 - . your group must do the following: find music for your routine develop

“Vaccines: when to give… and how to mix ….” or - “optimising immunization schedules” (the story of a complex