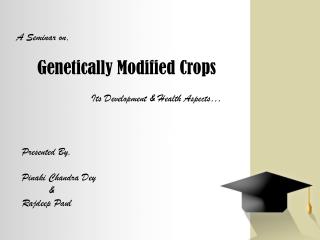 Modified Monogastric Digestive System - . digestive system of the horse. the digestive tract. horses and rabbits are

What is a Genetically Modified Organism (GMO)? Would you ever eat a GMO? - . a genetically modified organism is a living

GMO Crops: To Grow or Not to Grow? - . marshall a. martin professor and associate head department of agricultural

Index of Orthodontic Treatment Need modified for use in Epidemiological Surveys : Modified IOTN - . written by donald

CRCT Review Bingo - . what is true of the offspring of organisms that reproduce sexually? a. they are genetically

Golden Rice and Transgenic Crops - . michael bollinger. definition. transgenic crop - a plant that has been genetically