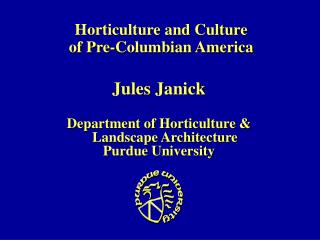 Horticulture and Culture of Pre-Columbian America Horticulture and Culture of Pre-Columbian America

Does America Still Exist? - . richard rodriguez. pre-reading questions. what are some traditional symbols and words

The Columbian Exchange - . columbian exchange. exchange of goods from the old world (europe) to the new world (americas).

What is Horticulture?? - . what is it to you!. take a couple minutes with the neighbor at your table and write a list of