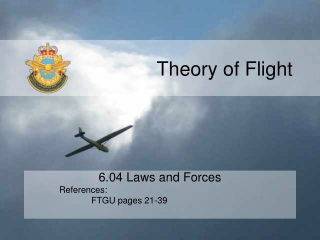 Flight Line Operations - . developed as part of the national emergency services curriculum project. what is the flight

The Theory OF Flight - . chapter

Chapter 9- FBO Flight Operations - . ast 205. one of the major distinguishing factors of fbo’s are what type of flight

The Developmental Theory of Feather Evolution - . by jesse seale. feathers are complex hierarchal structures with