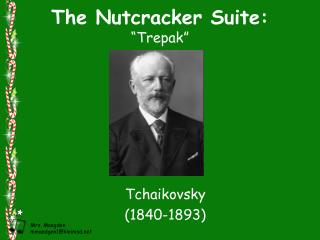 Nutcracker! - . story and characters activities. story. work in groups and work through the show from the moment that the

The Nutcracker - . by: bri &amp; nakira. how nutcracker originated. in december on 1892 peter tchaikovsky created a