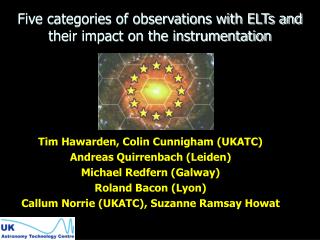 Categories and Sub-categories of the Big Five Media

The grammatical categories of words and their inflections - . kuiper and allan chapter 2.1. word and lexeme. examine the

Drones and Their Impact on You - . a presentation by the advanced information assurance class (cs 536) fall semester 2013

Catastrophic Events and their impact on the Earth - . key understandings and questions. catastrophic events can change

The Impact of Deployment on Service Members and their Families - . presented by: jim messina, ph.d. licensed psychologist