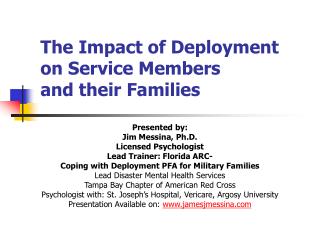 The Impact of Deployment on Service Members and their Families

The Impact of Deployment on Service Members and their Families

Signs of Safety (SoS) The Strengthening Families Approach to Children ’ s Services - . what this presentation will

Introducing WDHT WebFacing Deployment Tool with HATS Technology The Facts - . topics. what we had: hats &amp;

Center for Urban Families - . “including fathers in the work we do with families”. cfuf presenters: james worthy, 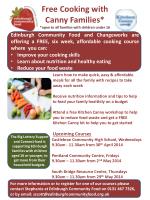 Free Cooking with Canny Families* *open to all families with children under 16 - . edinburgh community food and

The Long War and Impact of Parental Combat Deployment on Children and At Home Spouses Patricia Lester, MD, UCLA Semel

The lack of free access to health services and the impact on implementation: the user fees and their impact - . why were