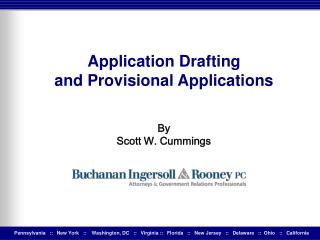 Application Drafting and Provisional Applications By Scott W. Cummings. What is the Goal of a Patent Application?. To obtain a patent for the client by convincing the Patent Office (i.e., an Examiner) that the invention is patentable. It is a form of sales – like a proposal

Drafting Boot Camp - . why study drafting?. drafting is a form of graphic communication “a picture is worth a thousand

Semantic Web - . applications. where are we?. agenda. motivation technical solutions and illustrations application for

Computer-Aided Drafting and Design - 7. computer-aided drafting and design. explain how computer technology is