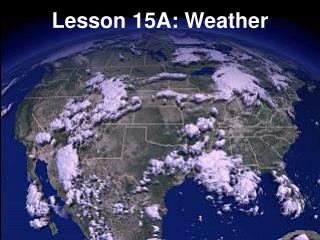 Weather - . clouds and precipitation. have you ever just looked at clouds?. why do we have clouds? why are there

Fundamentals of Java - . text by: lambert and osborne slides by: cestroni. unit 1 getting started with java. lesson 1: