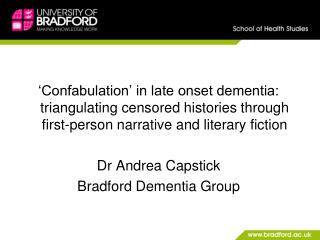 Criteria for Judging Abnormality - . how do we decide what qualifies as a mental disorder that needs medical treatment?

Dementias - . as of 12sep07. all items from dsm-iv or apa practice guidelines unless otherwise indicated. dx criteria. q.

Selection Control Structures - . objectives. in this chapter you will be able to: elaborate on the uses of simple

An Introduction to Agile SCRUM Methodology - . presumptions . the audience is well aware of traditional software