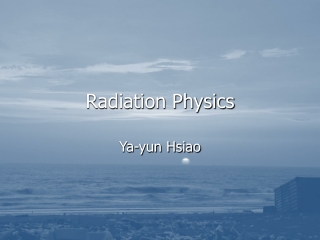 Basics of Radiation Physics - . how heat can travel through the vacuum of space how radiation affects heat here on earth.

Physics Topic Thermal Radiation - . by the end of this session students should describe which surfaces are best absorbers