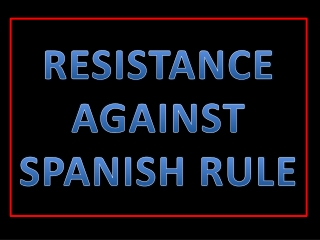 Spanish Project - . by: speakman smith. part 1. there is a man in spanish: hay un hombre. part 2. he plans on traveling

Spanish Mission System - . the spanish settle the frontier. by the 1600s, other european countries had claims in the