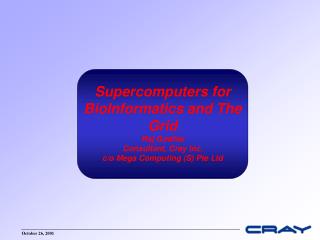 Seymour Cray - . by: brandon gates. early life. born in 1925 in chippewa falls, wisconsin. his father was a civil

ANNOUNCEMENT - . new modelling and large-scale experimental work to identify the bounds of safe design and operation of

Announcement - . if any student enrolled in the class late, they should email r ekha ( rekha@math.ksu.edu ) so that she

Announcement - . aditya’s lecture note is at http://budhi.uow.edu.au/staff/aditya/csci337/lecturenotes.html my lecture

Announcement - . this is your season to learn new things. it is imperative that your success depends on open ears. p

ANNOUNCEMENT - . 1. the website for the 4th east african public procurement forum : www.eappf.org 2. all the

Announcement - . project 1 due last night, how is that ? homework 1 grade, comments out will be discussed in the next

Amber Brown is Not a Crayon - . by paula danziger. promotion. raise in rank at work after a lot of hard work, jane got a