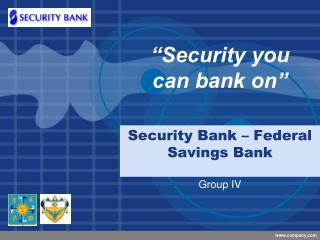 “Security you can bank on”. Security Bank – Federal Savings Bank. Group IV. Mergers and Acquisitions?. Merger and consolidation was a major theme of the Philippine financial system during the first half of 2000.