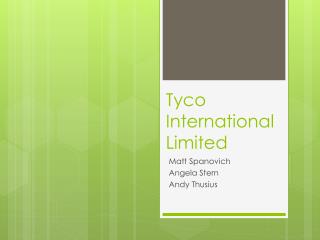 3 rd Person Limited - . justis c. 3 rd person limited. when the narrator is an outsider who is limited to reporting the

Medi-Tech International Corp. is proud to introduce MEDIBRIEF™ Made in the U.S.A. - Medi-tech international corp. is