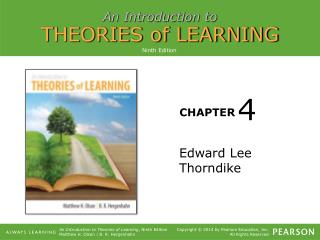 Edward Albee - . by kayla sanford. back in the day. about him. edward albee was born edward harvey in washington dc at

Operant Conditioning - . praising child and quit your nagging are comparable . objectives: the student will . define

Operant Conditioning - . a type of learning in which behavior is strengthened if followed by reinforcement or diminished