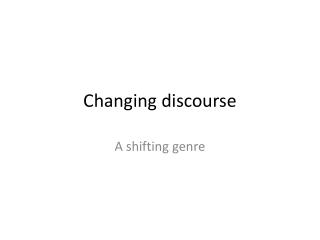 Discourse Styles - . spoken vs. written english. types of discourse. there are many ways to classify discourse:

Discourse Analysis - . if you are having trouble making sense of your interview data, you might want to consider