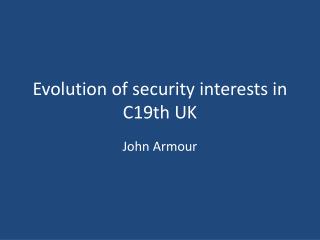 Austen and C19th English - . write austen ’ s phrase into modern english. how has the language changed? stick your

NATIONAL SECURITY / NATIONS SECURITY - . i.background human collectivities, in their evolution had, as prior concern, the

Evolution - . what is the connection between these terms ????. evolution- reproduction- genetics-. evolution. the term

What causes evolution? - . is this evolution? if so, what caused it?. generally speaking a mechanism of evolution is….

Now What….. - Now what…. i want the last remaining orange and so do you. focus on interests, not positions:. how do