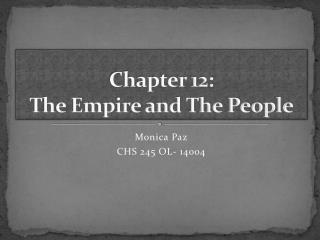 Chapter 5 Advanced Program - . review game. 1. the magna carta was a document that. a. shifted the power from the

Chapter 20 - . politics and expansion in an industrializing age 1877-1900. introduction. this chapter covers: national