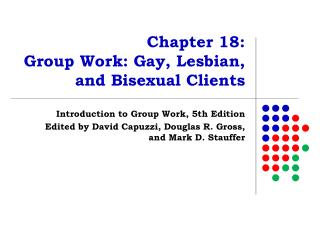 Getting the most out of group work - . designing effective group assessment tasks to maximise student engagement and

Spread of Acceptance of Gay and Lesbian Relationships - . game theory fall 2011. acceptance of homosexuality. according

LGBT Pioneers in STEM - . the lesbian, gay, bisexual and trans people who impacted on science, technology, maths and

Opening the Doors to LGBTQ Understanding: - . the ucf allies program advance. objectives. awareness of the ways