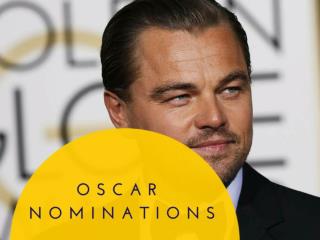 Oscar nominations - The nominees for the 2017 academy

Consolidated Nominations - . jeramie kilpack mary white. customer survey response. “… i would like to have the

2012 NOMINATIONS - . jean todd fernbrae manor a unicare homes community “jean loves people, and this is evident by the

2008 Nominations - . and looking ahead to 2012…. why the chaos?. extreme frontloading gets rid of momentum in the

EXCO Nominations - . academic year 12/13. role of exco. as leaders anointed by god and elected by the members of vcf, the

Nominations and Campaigns - . chapter 9. the nomination game. nomination: the official endorsement of a candidate for