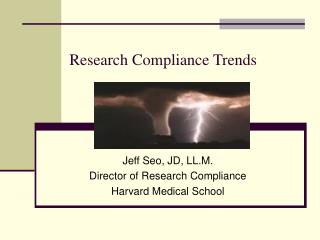 Research Compliance: - . an overview of the players and issues involved in emory’s research compliance programs. major

Research Financial Compliance - . quarterly meeting. key point: these types of costs are generally not allowable as

Research Trends - .  how has  social media  and the  internet  affected the  marketing and sales  of the  music

Workplace Compliance Trends For 2020 - The business world is never static, is it? it is constantly evolving to