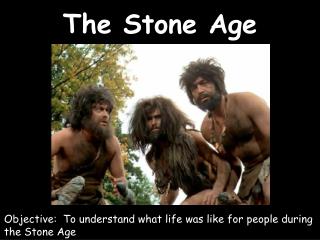 THE STONE AGE - . paleolithic. mesolithic. neolithic. the birth of art: africa, europe and near east. the stone

The Stone Age - . genus homo. most artifacts found in this era were made of stone that is how this era came by it’s

The Stone Age - . paleolithic and neolithic ages. bell ringer. the oldest human footprints in the world were unearthed at

STONE AGE - . by j essica. tracking down a mammoth. finding a mammoth was fun because there were foot prints, fur and

THE STONE AGE DAY - . the mammoth track. on the way we found some woolly mammoth fur. we also found some foot prints.

The Stone Age Day - . mammoth hunt. when we were walking down the track we saw a lot of mammoth foot prints. we saw some

From the Stone Age - . to the tech age. by donna lawrence. technology helps students learn. taylor learned how to make

THE STONE AGE DAY - . the mammoth track. on the way we found some woolly mammoth fur. we also found some foot prints. .

The Stone Age News - . s.f.a. moan. groan i started to moan after i fell off my bicycle. maritza. coping. handling the

Stone Age Man - . by mrs. hamerstadt’s class. vocabulary. prehistory-events that happened before the invention of

Stone Age Day - . zzzzz. at mrs baurfeind’s house we went on a mammoth hunt. we just found a mud