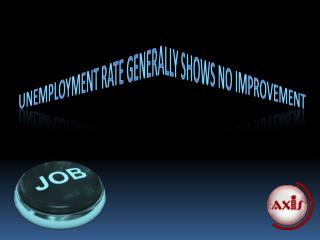 According to the report gathered by the International Labor Organization (ILO), unemployment rate generally shows no improvement in the last 10 years. Documenting No Shows - . how to?????. select “faculty or faculty and advisors” link. select term and click submit.

Calculating the unemployment rate - . # of people unemployed divided by # of people in the civilian labor force x100

Unemployment and its natural rate - . chapter 28. what we learn in this chapter?. this is the last chapter of part ix :

The Natural Rate of Unemployment - . this is a rather different animal and will be covered later in the semester with