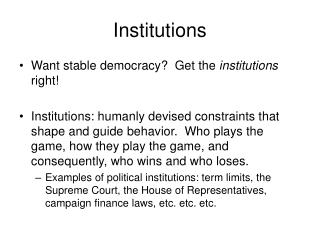 Institutions. Want stable democracy? Get the institutions right! Institutions: humanly devised constraints that shape and guide behavior. Who plays the game, how they play the game, and consequently, who wins and who loses.