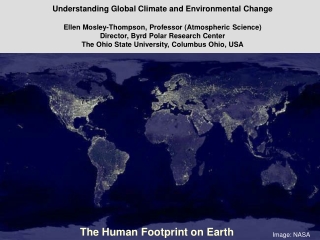 David Thompson Crashed Ice - . ice where people race around an ice track and trying not to fall or screw up on the

Paleoclimate - . primary source: ipcc wg-i chapter 6 - paleoclimate. how do we know past temperature?. changes in growth

Ice Cream at Randolph Henry - . michelle, keyana, and roger. ice cream. we did this study because they’re only a few

Paleoclimate - : oxygen isotopes in foraminifera and

Paleoclimate indicators - . rock types as indicators of climate. accumulation of significant thicknesses of limestone and

Samantha Croffut &amp; Mary Alice Davis - What’s in it for me? self-regard precludes altruism and spite in