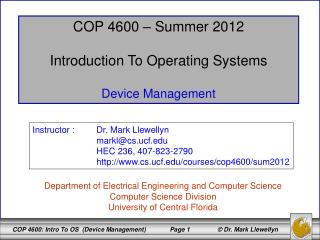 UNIX Foundations - . the process and the kernel. course description. the goals for this course understand unix understand

Introduction to Operations Management - . is the management of the direct resources required to produce the goods and