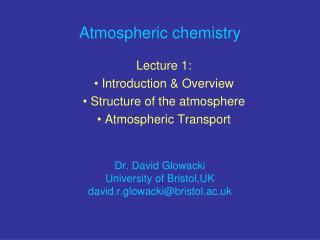 Chemistry of Life - . chemistry of life. flowers emit a chemical perfume that attracts butterflies, but the plant also

Introduction to Medicinal Chemistry - . chapter 1 part 1. what is medicinal chemistry?. the science that deals with the