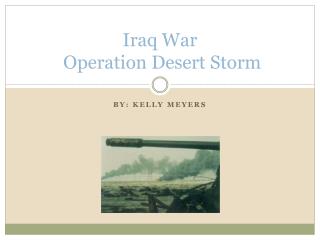 Overall Goal of the IS-STM - . develop a standard that provides a very high degree of life-safety protection from extreme

Desert Storm - . the ups and downs of a tortured people. welcome to the world!!!. though promised independence for aiding