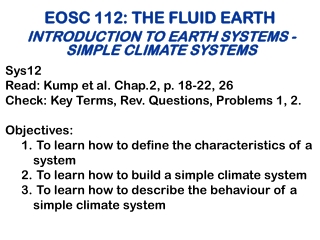 Understanding of the Earth ca. 1700 (the end of the ‘scientific revolution’) - . • earth proven to be an oblate

Burns management - Initial evaluation. should include 4 crucial steps:airway managementevaluation for other injuries

Pressure in Fluid - . a fluid exerts pressure in all directions. at any point in a fluid at rest, the pressure is the