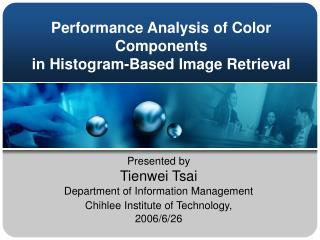 Content-based Image Retrieval (CBIR) - . searching a large database for images that match a query: what kinds of

Content-Based Image Retrieval (CBIR) - . from wikipedia: the application of computer vision to the image retrieval

Image Based Lighting (IBL) - . lighting that uses a texture (an image) as light source how is it different than

The MPEG-7 - . visual standard for content description. agenda. introduction scope of the standard development of the